So I played around a bit with paper and pencil and eventually figured it out … the method below is not what I used, but is an easier way to get the same result. We start with one of the formulas for the cubit, taken from parts of the cubit. 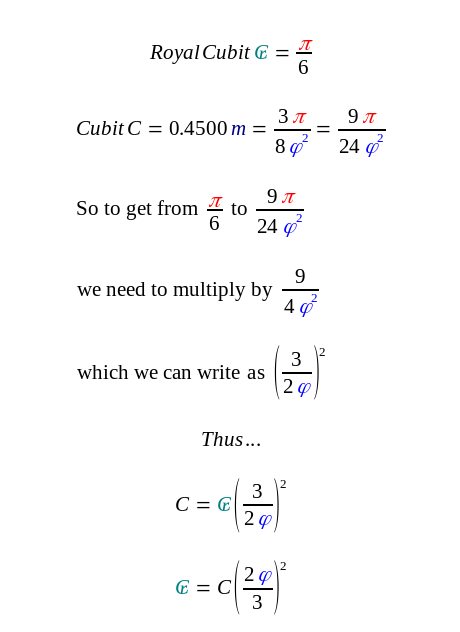 How cubit connects to royal cubit

But if we go back to what was probably the original values of the cubit, then the maths is much prettier. For this, we take the cubit as around 0.44 m, and then can do this: 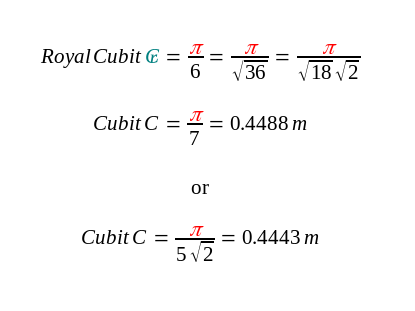 Cubit and royal cubit for dummies