Lately I’ve been watching computer chess over at TCEC, which is at times interesting and at time frustrating as the engines lock themselves up into knots. They get into positions where basically the only way to make any sort of progress is to make a slightly bad move. Which of course they don’t do.

So we end up with kings and queens dancing around until such time as the 50-move rule kicks in, or TCEC decides it’s a draw based on engine evaluation and some other criteria.

The other problem with computer chess is that they may end up playing the same game over and over, unless you force them to use different opening books. To be fair, they then play the same opening again after swapping colours.

Anyway, I decided to try evaluating my own unique starting position, which has a more limited set of opening moves, and hopefully will force engines to randomly pick one of several “equivalent” moves, thus producing more random openings.

I did look in THE CLASSIFIED ENCYCLOPEDIA OF CHESS VARIANTS by D.B. Pritchard, and the only “similar” variant I can find is this one:

Unfortunately there is no picture worth a thousand words, so it must either look like this: 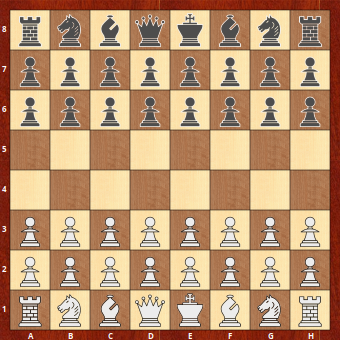 Neither of which make sense. In the first, the rooks are exposed to each other, and in the second, there’s a excessive number of pawns which is going to be tedious to dispose of.

My own proposal, called (for lack of something better) Douglas Modern Chess, looks like this: 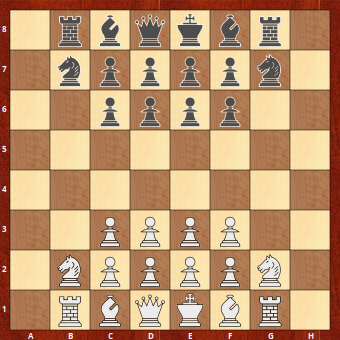 I have been playing a few games using different engines. Strong engines like Stockfish usually beat the weaker engines as expected, while occasionally drawing against something competitive in strength, like Komodo. I don’t have many engines, and limited experience with computer chess software, so testing has been rudimentary so far. Crafty tends to make illegal moves and crashes the game.

On the plus side, we do end up with some interesting mate positions, for example: 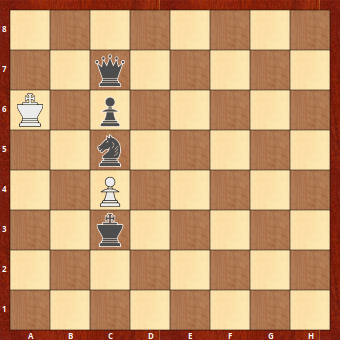 Other interesting mates will be in subsequent posts.