So I published the most important archaeological paper of the century …. which provides evidence (academic weasel words for “proves”) that the Great Pyramid is not 4th Dynasty.

Simply, the so-called King’s Chamber has at least π, φ, e, and √2 all built into the block patterns on the walls. Since the 4th dynasty did not know π or φ, let alone e, they could not possibly have built it (unless you have a flock of black swans in your back yard).

Here’s π and φ combined into one diagram. 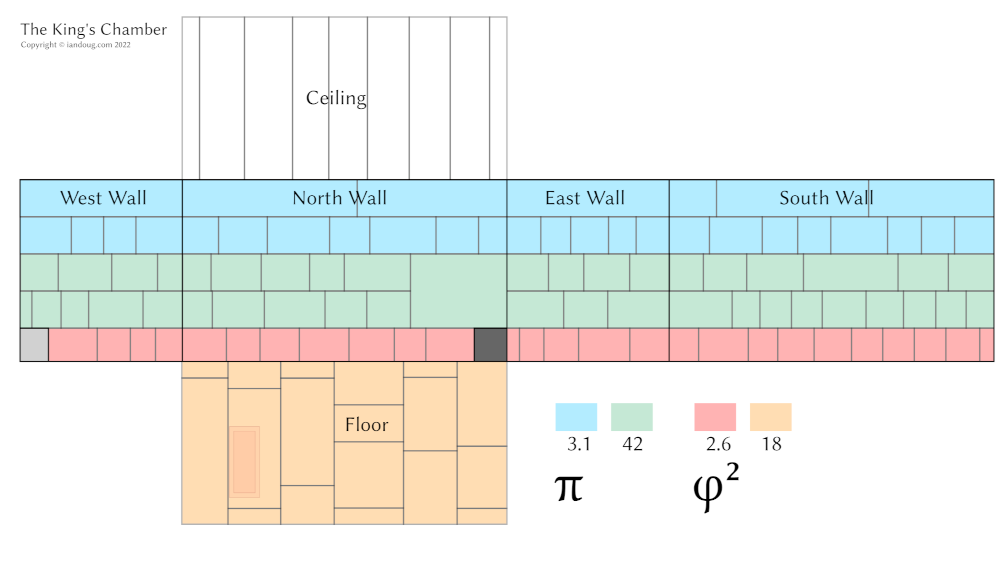 π and φ in the King’s Chamber 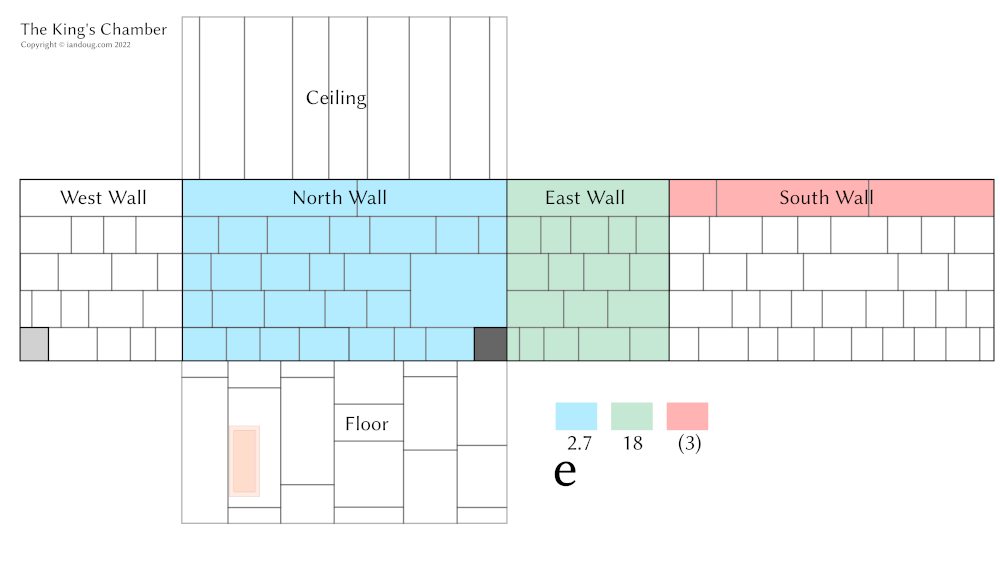 e in the King’s Chamber 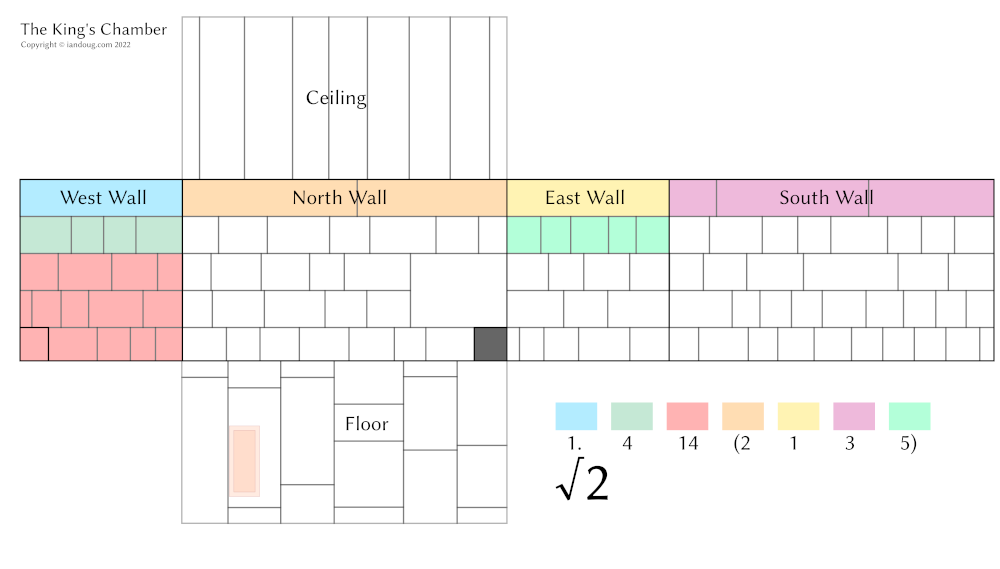 √2 in the King’s Chamber

There are many other patterns, see the documents linked above.

I’m leaving the question of when it was actually built, as an exercise for the reader … 🙂