The Nebra disc video (see The Irrational Mathematicians of Giza) points out that not only does the disc encode the metre, but also the inch. Which is of course rather disturbing, as the disc is thousands of years old and predates the Romans, from where the Brits got the inch.

So I’ve stumbled across the origin of the foot, and it dates all the way back to Ancient Egypt. This also might explain the whole concept of “pyramid inches” which some researchers came up when measuring things in the Great Pyramid.

1. We start with the metre. Don’t ask how they knew this length, researchers don’t know how, but accept that they knew it. So 1 metre = 100 cm.

3. Now we scale this in the ratio of 6/5. A hexagram has six sides, a pentagram five sides, and we can also draw the so-called Seal of Solomon (5-pointed star) in the pentagram, and the so-called Seal of David (6-pointed star aka Star of David) in the hexagon. These shapes appear to have had special meaning. So we scale 152.3599  by 6/5, which gives 182.8319 cm (which is basically 6 foot imperial)

Some people may ask, why divide by 6 in step 2? Isn’t that rather arbitrary? Perhaps. It may have something to do with how a hexagon inscribed inside a circle has a side equal to the radius: 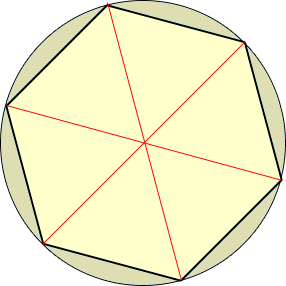 The length of the arc between along one edge is 1 cubit.

Or it may have come from this construction. Could not find a nice version on the net so drew one. Basically you draw the “flower of life” pattern with the compass, after drawing the circle. Keep the same radius, pick a starting point, and draw arcs, from each point that it crosses the circumference. Then you can draw a hexagon or six-pointed star. 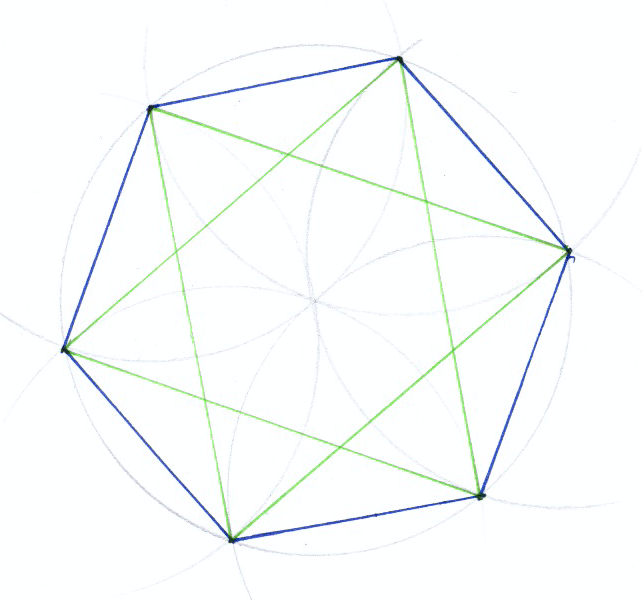 Another way of looking at this issue is to use tau instead of pi.

So we draw a circle with a RADIUS (not diameter) of 1 metre.

Now we divide this by 12… you can pick a reason… 12 months in year (and the ancients were much focused on such things), 12 is much more convenient number to work with than 10 (divides by 2, 3, 4 and 6, as opposed to 10 which only divides by 2 and 5), or maybe there are other more esoteric reasons.

Now we need to compare this method of calculating the cubit, versus using the length of the average year…..

If we limit ourselves to working with the metre to three decimal places, “for practical purposes”, then we can go as follows:

And now for my final trick, which is kinda mind-blowing….

I’ve decided to use the old Brazilian Cruzeiro sybmol ₢ for the Royal Cubit (cubit-royal), and the old German Mark sign ℳ  for metre+cubit. It’s a grand metre.