[Note: the formulas below have been superseded by Cubit parts and more, updated ]

It is the mainstream academic consensus that ancient people based their measurements on body parts. As discussed in Some thoughts on the cubit (and foot) , I don’t think that’s necessarily so, despite at least two (the Persian and Roman feet) at one point being based on the length of the foot of their leader (or his over-sized statue).

I still think the names that these measurements became known as (cubit, foot, palm, etc) were backnyms to create a easy-to-use-and-remember name for a length.

Even something simple like measuring the width of a hand is not exact because fingers move, flesh compresses, etc., and fingers are not all the same width.

So… here’s a little exercise to show that we can get the same list of parts of the cubit just with maths. In some cases two different methods produce values on either side of the target.

I’ve used the values supplied by Wikipedia on their Ancient Egyptian units of measurement even though I have little faith in their accuracy (for example, both versions of the Royal Cubit are wrong, and at least the Remen is wrong, they say 37.5cm while Oxford Dictionaries say 37.03 cm (14.58 inches).

So here’s the film at 11… remember, there’s no smoke or mirrors, just our friends pi and phi and a little help from root 2 and root 3. Click to enlarge. Had to split into three parts. 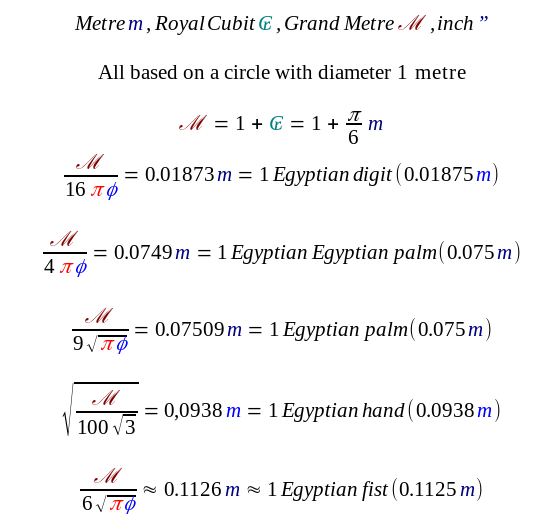 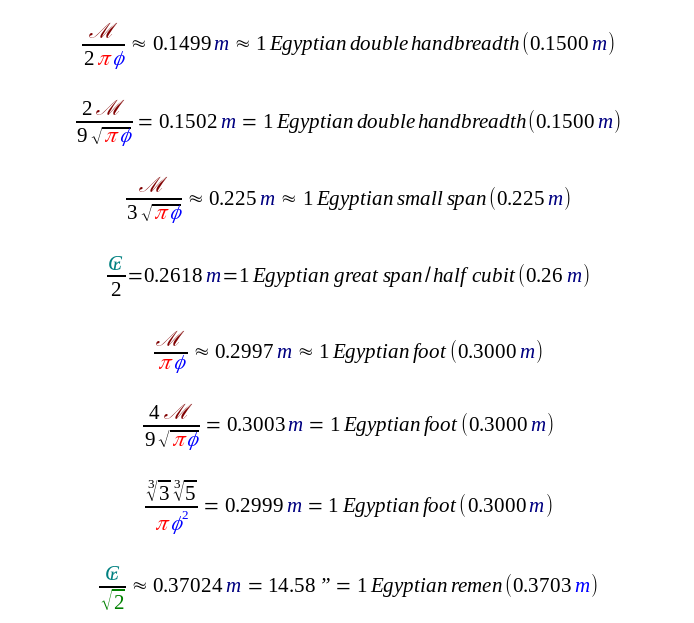 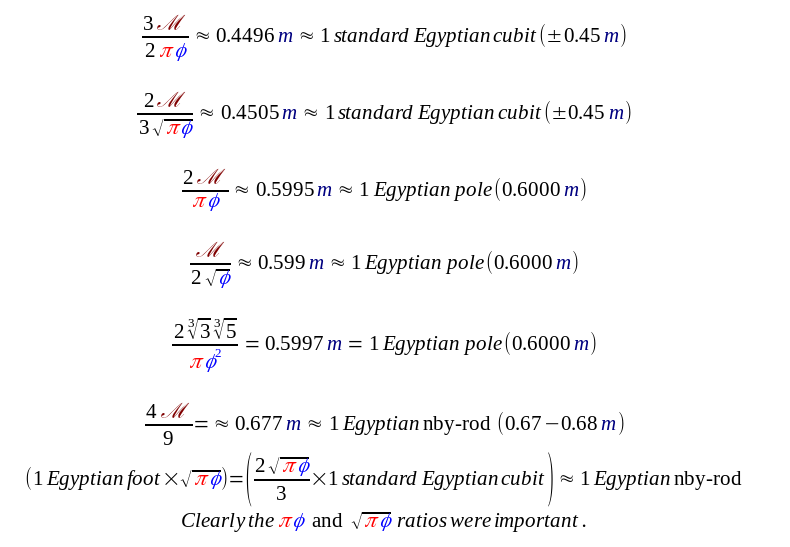 According to Building in Egypt; Pharaonic Stone Masonry by Dieter Arnold the stone masons had another measure called the nby-rod, which might have been about 67 to 68 cm long. They divided this into 7 section, that works out as 0.0967 m which is very close to the “hand” measurement above.

Observe the relationship between foot, normal cubit (and other parts) to the nby-rod.