There are still some things that bother me about the Royal Cubit, in particular, why did they choose π/6, and why did they use it in preference to the metre.

Something interesting related to the first question has surfaced. Which may just be another random co-incidence like all the others, or maybe not.

First up, a reminder that the Royal Cubit is ⅙ of the circumference of a circle with diameter 1 metre, in other words the arc on a 360/6 = 60° segment, as follows: 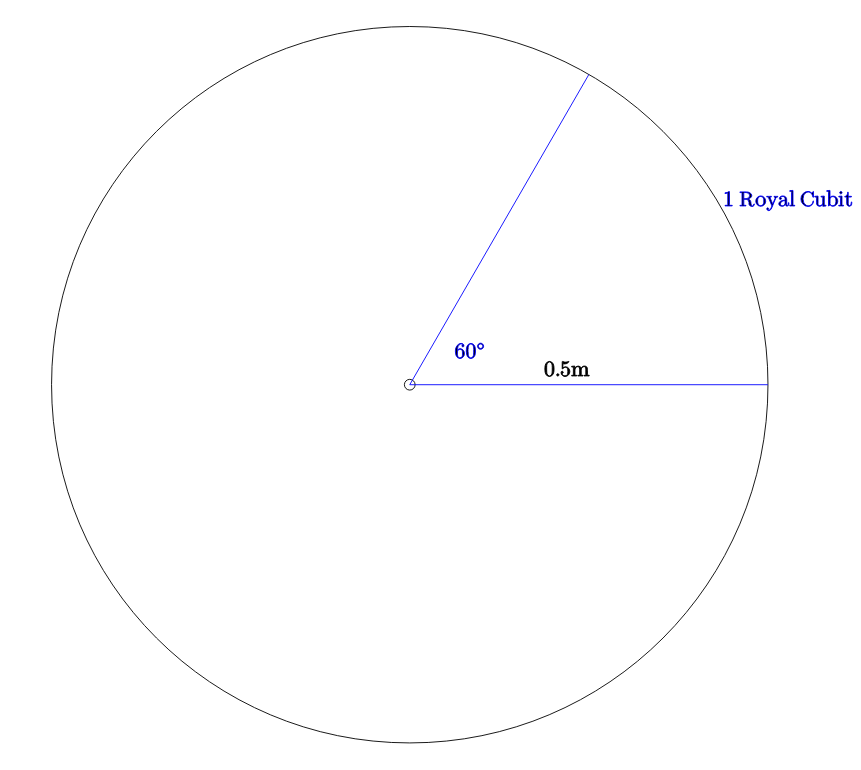 As you may know, the ancient Egyptians were very fond of their ankh, which looks like this: 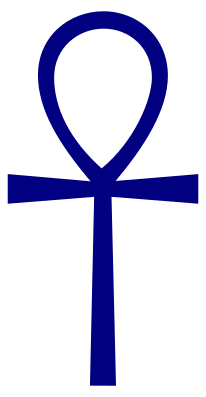 It pops up frequently in Egyptian art, usually in connection with depictions of the gods or rulers, but no one is exactly sure what it means or why it was used. For example: 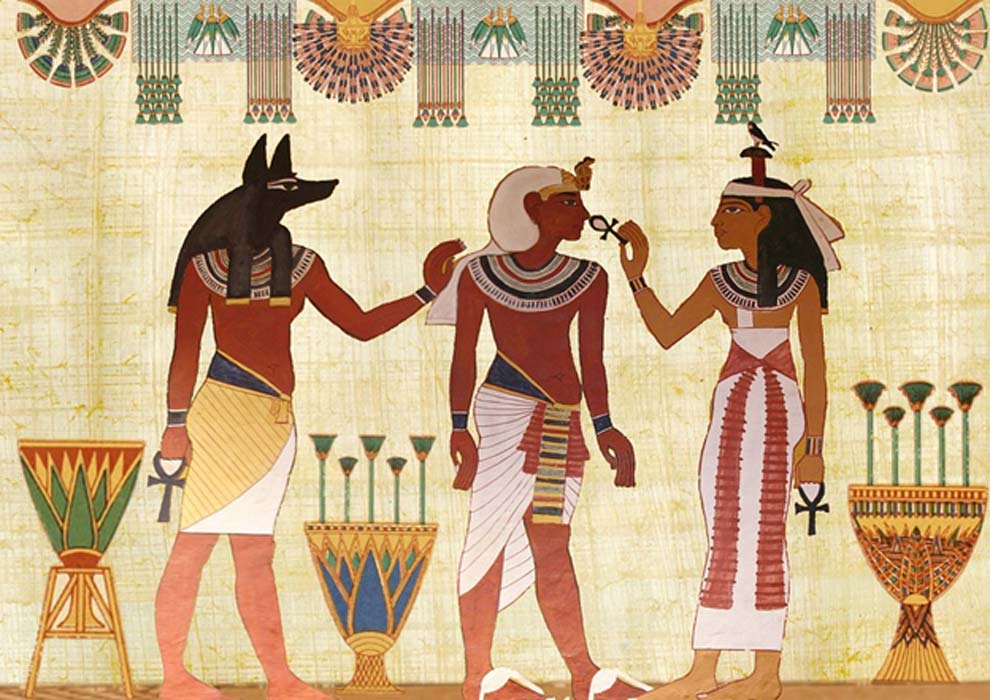 Lately I’ve been looking at some constellations for a paper I’m busy with (which may either make me famous or get me labelled as a pyramidiot… time will tell), in particular the Big Dipper, a well-known constellation  in the northern sky, which looks like this:

That’s how it looks now, and you can see that it does look like a scoop with a handle. However a while ago in the past, the heavens looked a little different, and it looked like this: 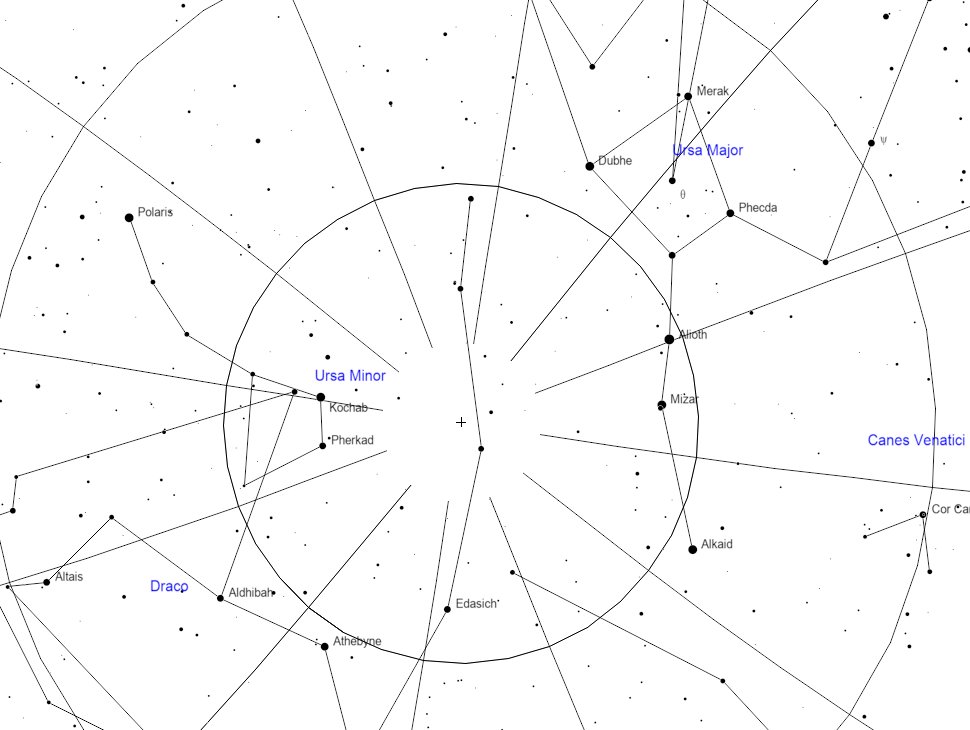 Humans have been looking at the stars since forever, and over time “joined the dots” to created animal and other shapes, the most famous of which are things like the Big Dipper above, or Orion, or the signs of the zodiac, like Leo, as rendered below in a screenshot from the Stellarium package: 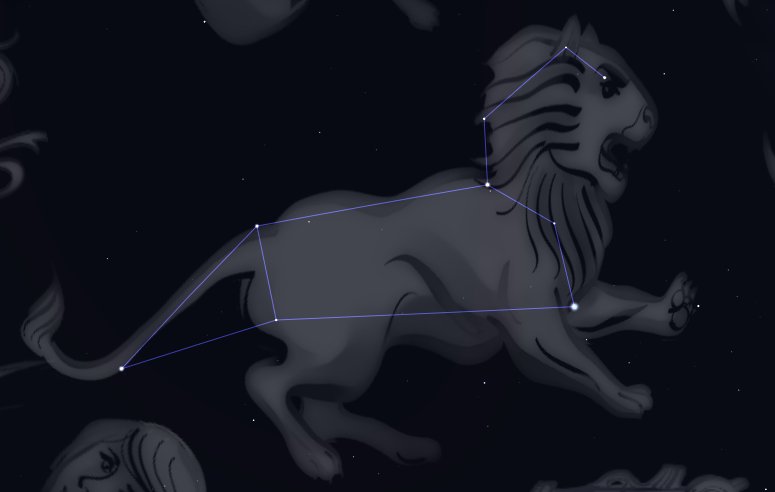 Now we can do something similar with the Ankh and the Big Dipper, as follows… 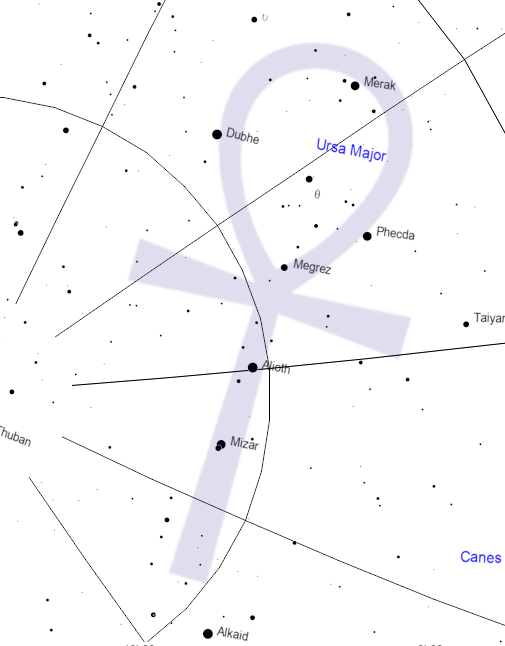 Which is mildly interesting, but becomes more interesting when we consider the angle between Mizar and Dubhe, as measured from the north pole, as follows… made by combining the star chart above and the circle with the cubit at the top. Click to enlarge. 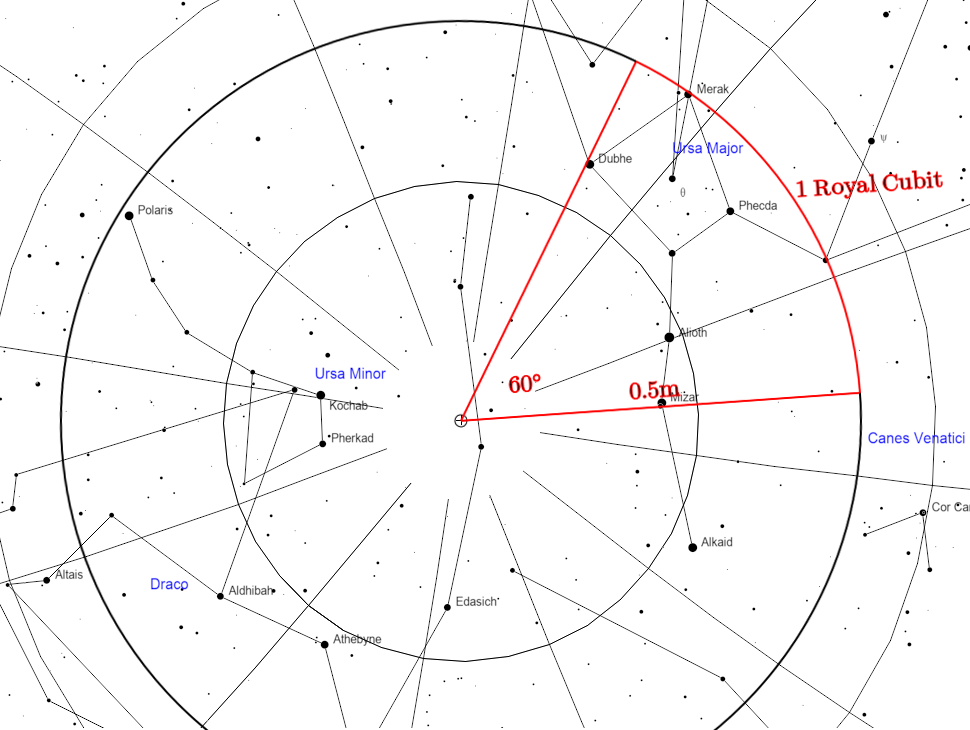 You will observe that the angle from the edges of Mizar to Dubhe is exactly 60°. Which makes me wonder if this provides a clue to the origins of the Royal Cubit.

Given that the Big Dipper rotates around the pole, this means that if we had a wheel with 6 spokes, like an Egyptian chariot wheel, centred on the north pole, then every four hours, those stars would fit exactly between two spokes. A nice way to track time at night.

I’m starting to think that the Big Dipper needs to used more to help us understand the ancient Egyptians.