To borrow a phrase from Robert Bauval, this falls under the Spooky Stuff category.

It is a very strange connection between the Grand Metre (1 + royal cubit), the base of the natural logarithm ⅇ, and the royal cubit as measured in inches. 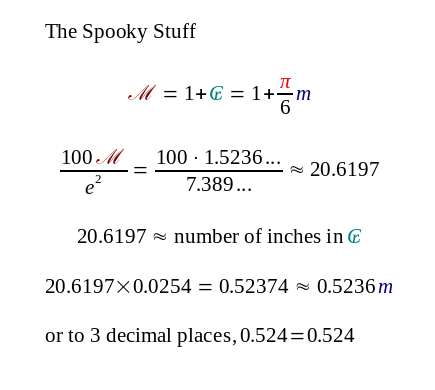 I have no explanation for this. It just highlights again the ancient origins of the metre, inch and royal cubit, and how they mysteriously link together with π and ⅇ. But what about φ you ask?…. here you go: 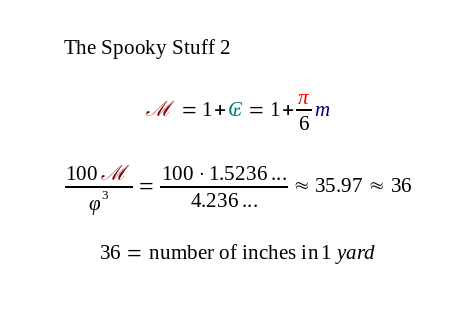 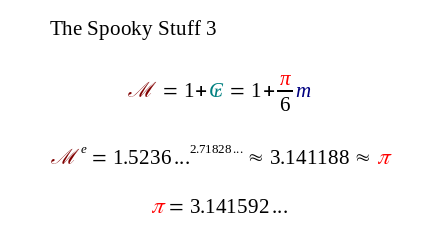 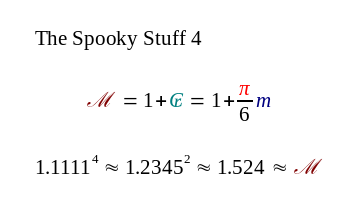 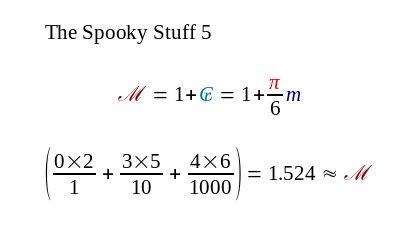 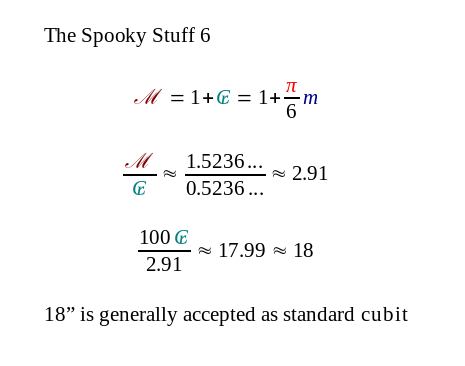 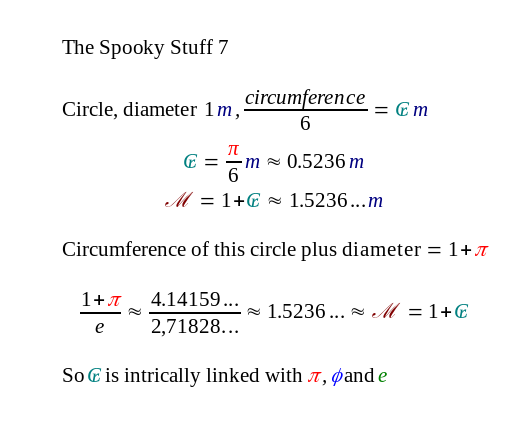 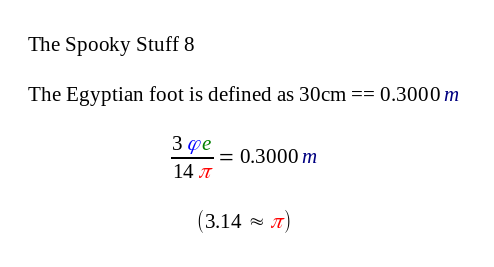 The magic of the Egyptian foot.

Seven shrieks for the nautical mile

For Spooky Stuff 10, it’s a bit more long-winded than the ones above, so need to post it in chunks.

We start with this equation as a good approximation for the Grand Metre, which is equal to 1 + the Royal Cubit:

Now if we consider this equation, similar to the above:

We can solve for x: 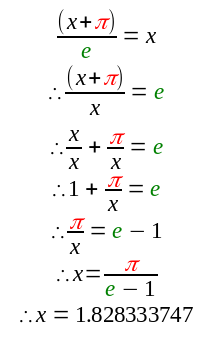 Now If we use

Which is the same as the solution for x above, to 4 decimal places.

gives us the Grand Metre which is 5 English feet, while the solution to

There’s even a formula to approximate the inch, as follows: {\pi e} \over 336

and one of the videos in this series, can’t find the exact one now:

Anyway they point out an interesting correlation between e and the imperial foot, which goes like this:

Which neatly links ₢, e and the foot…. and from the foot back to the inch.