First up is this diagram showing the FOUR pyramids, and the distances between them as ratios of the metre. Horizontal and vertical base metres are different lengths. 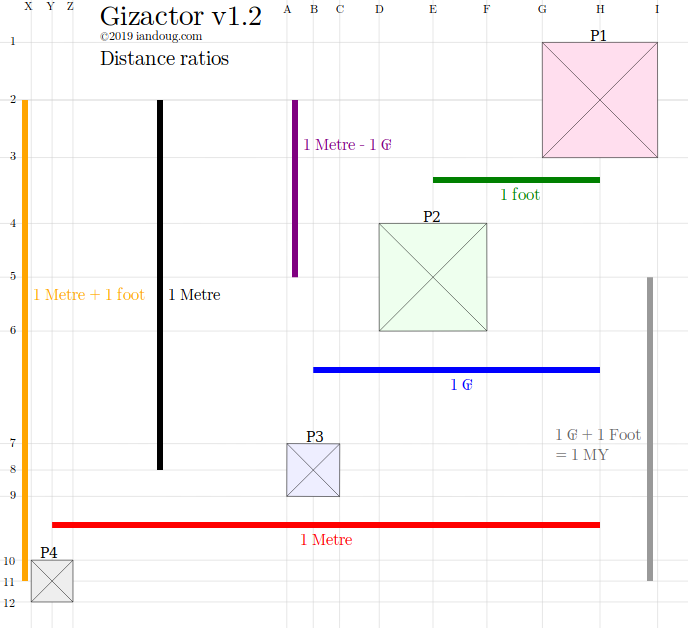 The metre, cubit and foot ratios in the Giza layout.

From the second paper, the image showing how Giza aligns with the stars, around 55,550 BCE. 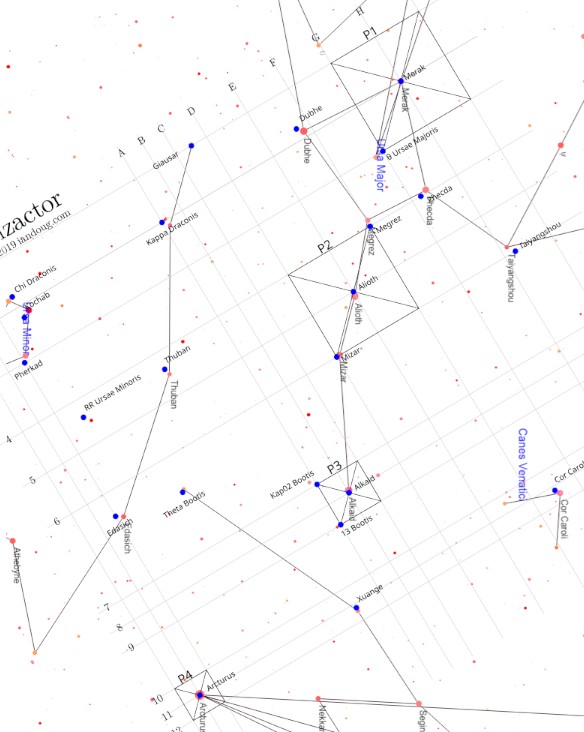 Now we wait to see if there will be any reaction….