As 2021 drew to a close, I uploaded a new paper about the Douglas Triangle, and its use at Giza. It provides the missing link between the base sizes of Khufu and Khafre,

The triangle has some interesting properties, which are discussed in the paper, available at Zenodo or Academia.

As usual, soon after, I realised a few more things, and now need to update it, but that may have knock-on effect on Zep Tepi Mathematics 101 (ZTM101), so I need to run some checks first.

I have not found a direct use of the triangle (as triangle) at Giza, but have now found the three side ratios. Consider: (click images for larger view) 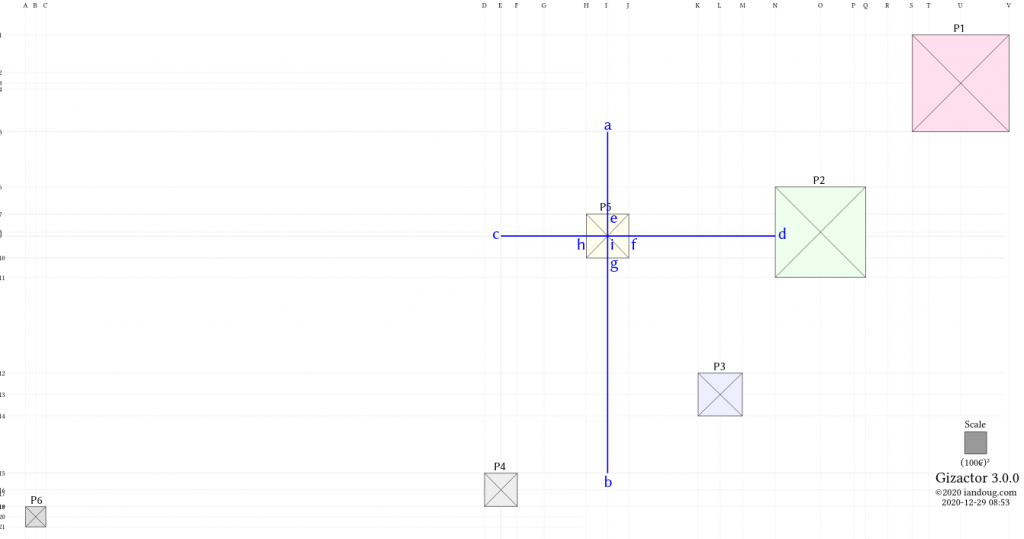 The two lines through P5

In ZTM101 I showed that the ratio ae : gb was 1 : φ², which gives us two sides of the triangle. Thanks to the geniuses who designed Giza, if we add ch and fd, then ae : ch+fd are in the ratio 1 : √3φ, giving us the third leg of the triangle: 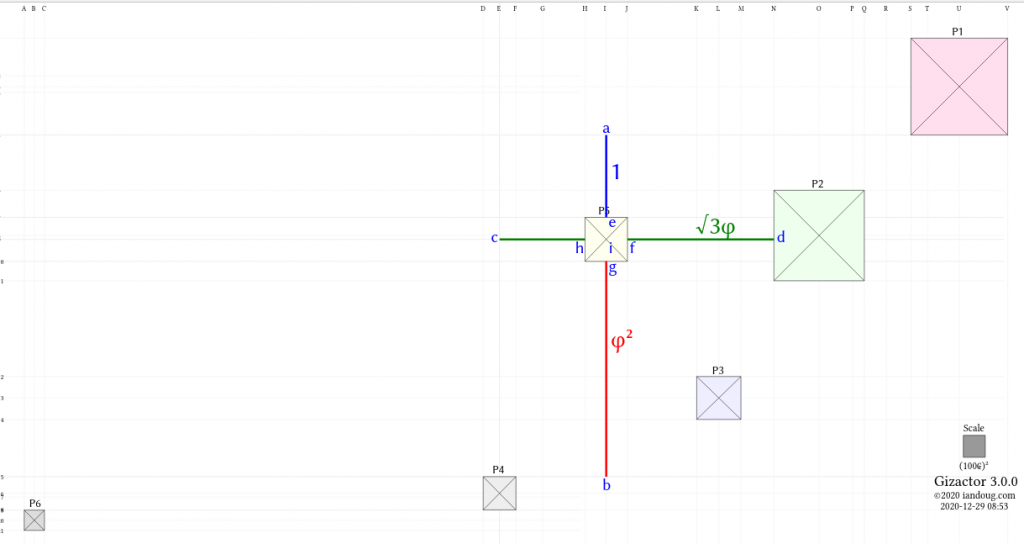 The legs of the Douglas Triangle in the Giza plan

Something I missed when doing ZTM101. If we look at how P5 divides those two lines, we get a pleasant surprise: 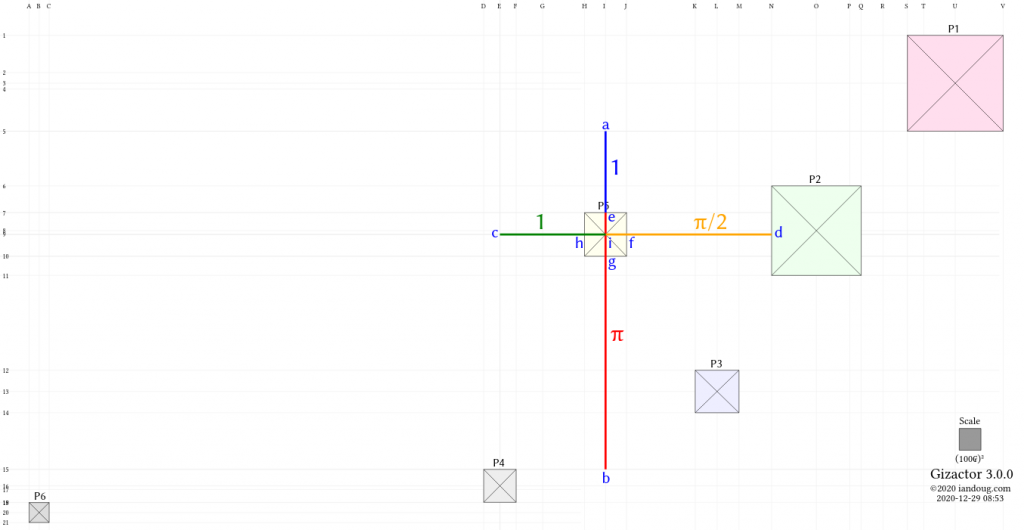 When I did ZTM101, I was working under the self-imposed rule that “all pyramids, and the distances between them, were in whole cubits.”

So for now, I will work with what I have. As you just saw, a few centimetres has a visible effect on the accuracy, already compromised by whole-cubit dimensions elsewhere.

The accuracy at the moment is thus:

2 thoughts on “The Douglas Triangle”