So as I’m watching the video referenced in Metre, cubit, foot, megalithic yard, (https://www.youtube.com/watch?v=33dKFtCXEFA), and this image pops up on the screen: 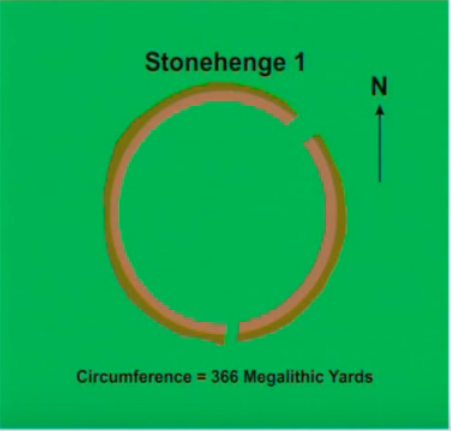 Which is a view of how the first version of Stonehenge looked. And I say, “Hang on a mo, that looks familiar …. ” and indeed it is … that’s the same arc from the Nebra Sky disc:

And indeed, after some playing around in The Gimp, to add a circle, guestimate the centre, and draw an angle, it comes out close-enough-or-exactly to 137.5°, which is what we get when we split the circle in the Golden Ratio: 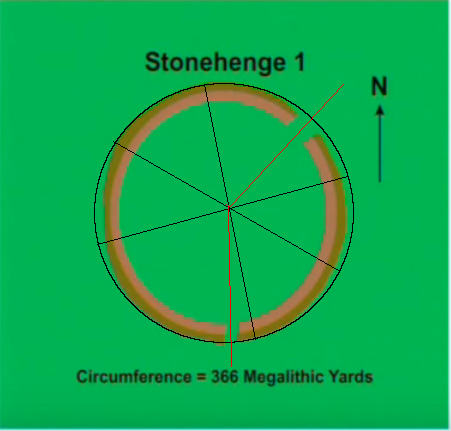 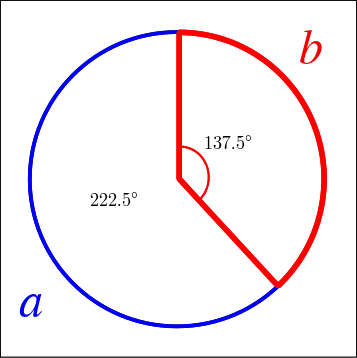 So now the question is, what are a people unable to even dress stone nicely, let alone do intricate carving like the people at Gobekli Tepe (thousands of years previously), doing demonstrating a knowledge of the Golden Ratio?